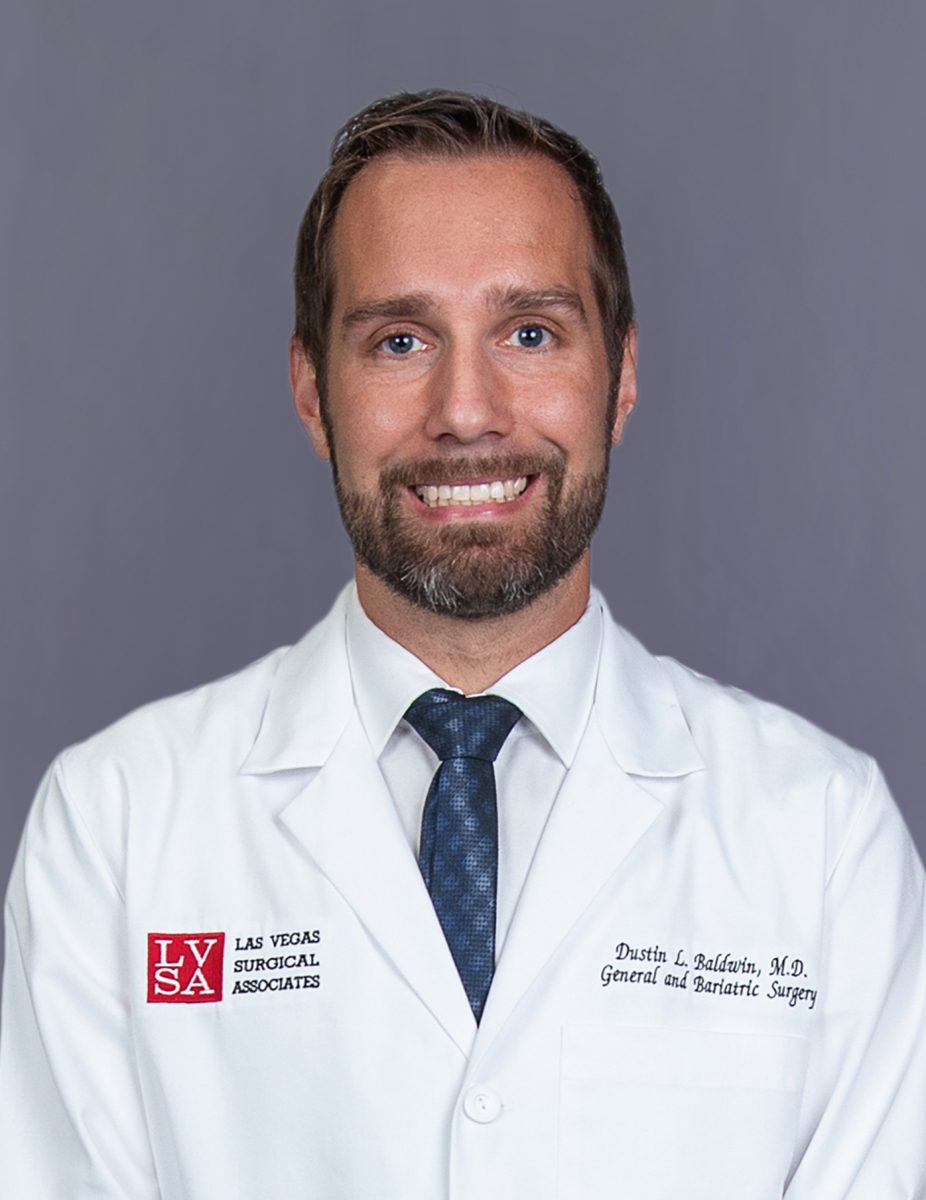 Dr. Dustin Baldwin is a minimally invasive surgeon specializing in robotic, bariatric and general surgery. Dr. Baldwin is originally from rural Wisconsin, where he grew up on a dairy farm. He was an avid runner and received a cross country and track scholarship to attend the University of Wisconsin-Parkside. While at Parkside, he received his Bachelor of Science degree in Biology. From there he attended medical school at the University of Wisconsin and completed his general surgery training at the University of Illinois-Chicago. While in Chicago, he began his training in general, bariatric and robotic surgery. He developed an interest in bariatric surgery and accomplished research in the field presenting at both national and international conferences. He then matched into and completed his bariatric surgery fellowship at East Carolina University (ECU) in North Carolina training under two past presidents of the American Society of Metabolic and Bariatric Surgeons (ASMBS).

Dr. Baldwin is a member of the ASMBS and is board certified in general surgery by the American board of surgery. Dr. Baldwin is fluent in Spanish and moved to Las Vegas with his wife and daughter. Dr. Baldwin’s hobbies include marathon running, biking, hiking and spending time with his family.

"Dr. Xu, words cannot express how thankful I am for everything you've done for me throughout the years. You truly are my favorite doctor. Thank you for saving my life more than once, you're forever appreciated!!"